How to Prevent Oil Leakage from KitchenAid Stand Mixer 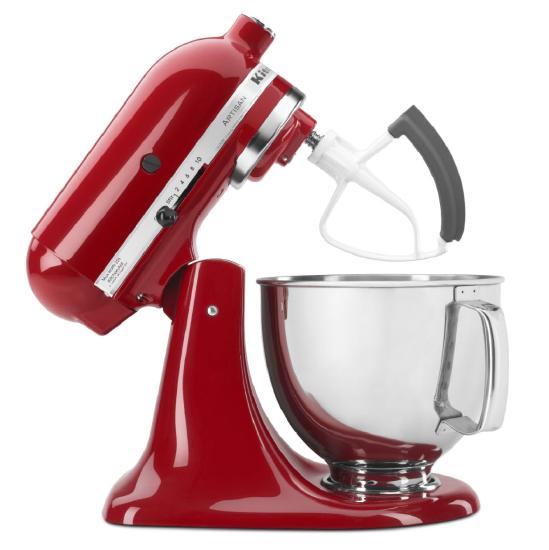 Why is my KitchenAid Stand Mixer Leaking Oil?

Throughout the lifespan of a KitchenAid Stand Mixer, you may occasionally notice the following:

The reason for this is that the mixer is packed with enough solid grease to last the lifetime of the mixer.

When the mixer is used, the grease is distributed around the gears to lubricate them.

Over time some oil can separate out of the solid grease and will naturally settle to the lowest point in the motor-head which is just over the beater shaft if the mixer is upright or the Speed Control or lock lever slots if the mixer is on its side.

This is more likely to happen in warm weather and if the mixer is not used very often.  Using a mixer regularly may prevent this from occurring.

For tips on how to prevent oil from leaking from a KitchenAid Stand Mixer, do the following:

Overusing a mixer, and not allowing it to cool completely between uses, can also cause this to occur.

If none of these methods work, the only way to stop this completely is to take the mixer to an Service Locator Facility. A servicer will take out all old grease, repack with new grease and replace the gasket.

If these suggestions did not help, please Contact Us or visit our Service Locator.

If you would like to download or view product literature for your appliance, please visit our Manuals and Literature page.